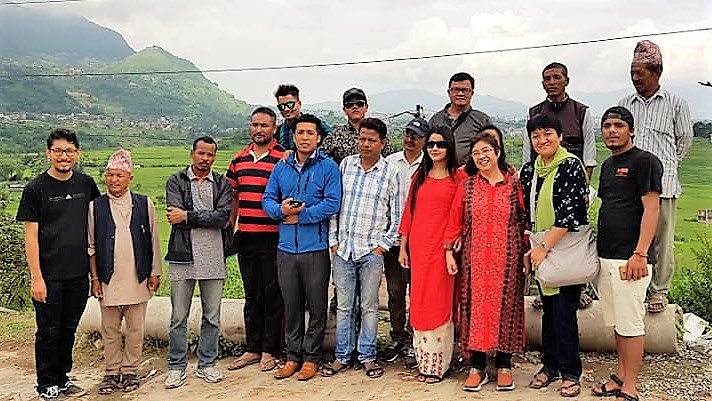 Many things are happening in Burma now. On November 8 a general election will be held; the first one since the end of total military rule in 2011. This election is touted as being a free and fair exercise of democracy, yet 25% of the seats are given to the military allowing them to prevent any changes to the constitution. This present constitution bars anyone having a foreign husband from holding a high public office such as the presidency. It was specifically written to keep Aung San Suu Kyi from holding this office even if her opposition party, the National League for Democracy (NLD), wins in the elections.

Another caveat to free and fair elections is that there will be no Muslims running for office in either the military party or the NLD due to pressure from the Ma Ba Tha, or the Committee for the Protection of Race and Religion, an extreme Buddhist nationalist group which has led attacks against Muslim communities in different parts of the country. In fact, Aun San Suu Kyi requested that all Muslim candidates running under the NLD banner be removed from the campaigning process meaning that of the NLD’s 1,151 candidates there will be no Muslims despite the fact that about 5% of the country’s 51 million population follow the Islamic faith. Many Muslims, especially the Rohingya, have had their citizenship denied which renders them stateless.

Another important event affecting many of the ethnic communities throughout the country was the signing of a peace accord on October 15 meant to end the world’s longest-running insurgency which began some 70 years ago following Burma’s independence from Britain. While hailed as a great breakthrough in the bloody conflict, only 8 of the 21 ethnic groups actually signed the agreement. Others refused to sign as long as the military refuses to withdraw troops from their territories and continues to attack villages, rape women and destroy homes and crops.

Rather than bring unity and a hope for peace, the peace accord caused splits within some of the ethnic groups and the potential for increasing violence. The Karen National Union’s (KNU) negotiating team met with much dissent from Karen organizations living abroad as well as from the Karen National Liberation Army. The KNU’s vice-chairwoman, Padoh Naw Zipporah Sein, who was part of the KNU’s negotiating team, refused to attend the signing ceremony because “fighting continues” and “civilians are afraid and do not have security.”

To some observers, the peace accord was simply a tactic of the Burmese military to further divide and rule the country. As long as there is conflict, the military can argue that it is only they who can bring the country together. This seems like a ludicrous claim since the conflict has been raging for nearly 70 years and the military has not been able to bring peace to the country.

There is probably an important link between the November 8 elections and the refusal of many ethnic groups to sign the peace accord. It should be remembered that the ethnic struggle began in 1948 after independence from Britain and the establishment of a relatively strong and progressive democratic constitution. Despite the new democratic environment in the country, many of the ethnic groups felt marginalized and unable to participate freely in the new government. Elections and a good constitution did not provide for them a sense of security for their ethnic culture and traditions. In the same way, this new elections cannot guarantee them the freedom and participation they require.

If this is the case, peace cannot come to Burma until the issues of the ethnic communities are faced and responded to in effective and positive ways. So, as elections come and peace accords are signed, a true peace remains elusive for the people living far from the cities and towns. Their lives should be of utmost concern to the people of the world watching as “changes” unfold in Burma.