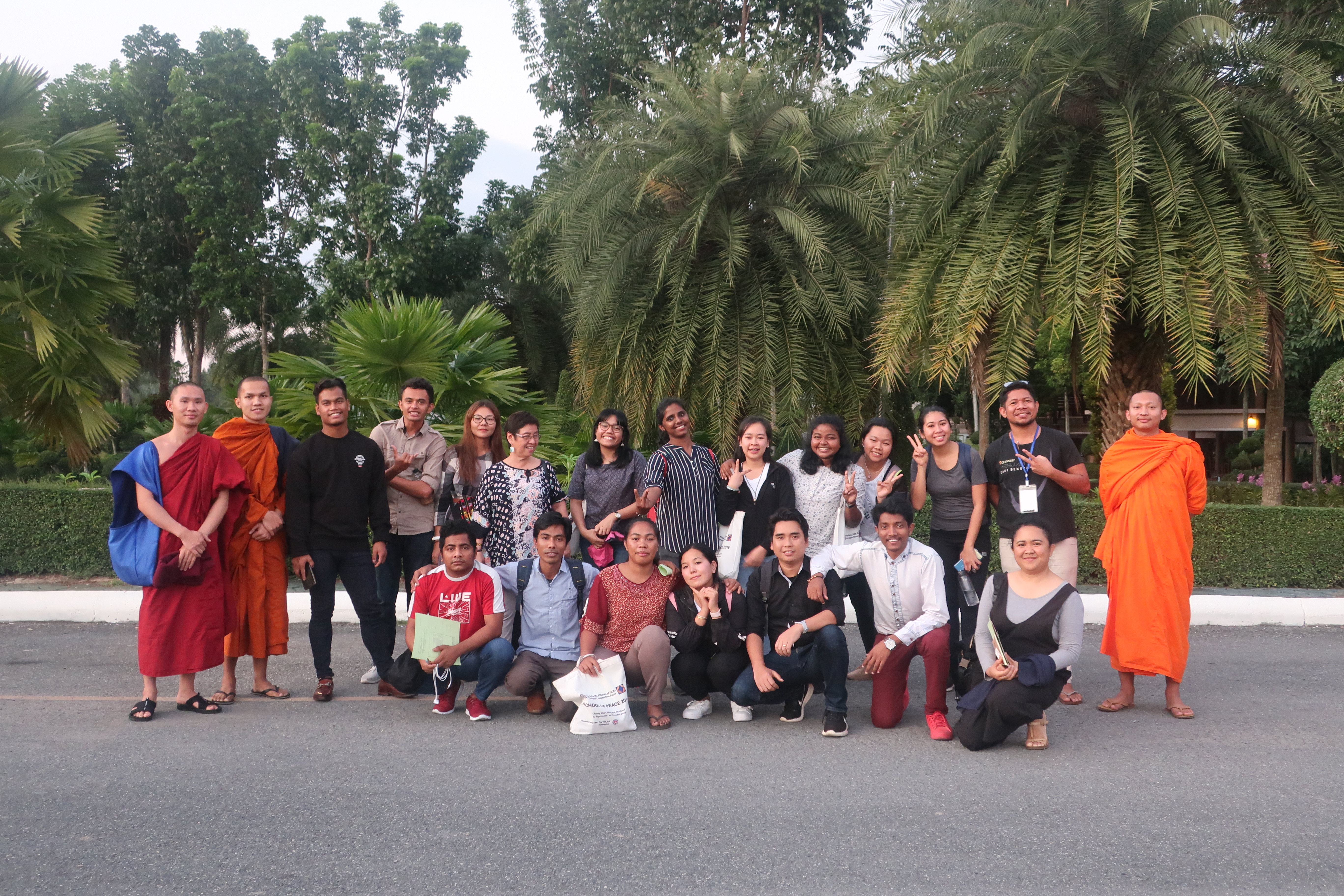 My Understanding of Peace

My heart was glad as I stood there facing my very attentive classmates. I was sharing with them the way I understood PEACE. Actually, when my teacher started to ask us about the meaning of Peace, I could not help but be excited as I recall the words of Ma’am Muriel during the Peace Institute 1 seminar. So, when our teacher asked us to give our ideas on how we understood the topic, I raised my hand and went up to the front. I said, “Peace is not really the absence of war but the presence of Justice, love, and respect among everyone. Peace is a long and arduous work that can only be achieved if both conflicting parties take the time to sit down together and talk. The true culture of peace is the ability to listen to both sides and understand the fact that what each party could really see is just a portion of the whole truth. Therefore, each one should accept the fact that no one really holds everything. Negotiation must be done so that nobody loses and everyone gets their exact share of the cake. Peace talk, therefore, must be strengthened and be established fairly so that Peace would be achieved. Every conflict has its own root, but cutting the roots would only kill the plant. It is best to treat the roots properly than plucking it off. Similarly, war is never a solution to achieve peace. It is through peace talks that we can really protect the welfare of the people and finally agree on matters to achieve Peace. As we embrace our diversified culture, peace is actually possible if we all make extra efforts to make peace with ourselves and with others, as we practice mindfulness anchored in justice, love and respect.-Eremie Ratunil, Peace Institute 1 Cagayan de Oro City Philippines

“Coming from a country with so many problems regarding the identity of faith and religion, I had concluded in the past that faith was not a necessary component in achieving or sustaining peace. I believed that it established differences more than similarities. I had seen it mostly misused as a device to suppress and control; not liberate. To honestly reflect, I had carried this mindset in entering and participating in the School of Peace. However, as I started actively participating, learning, and engaging in the SoP, I began noticing that my attitudes and perceptions slowly wavered. Being together with diverse people of different faiths, backgrounds, and ways of thinking gave me a newfound sense of community. Our little SoP group made me understand that faith and religion were not just practiced in houses of worship. They were practiced and embodied in our everyday life, our community, and our environment. They were realized in how we use our understanding of the ‘divine’ to nurture, preserve, and sustain this world. SoP 2019 has given me much. It has given me knowledge, perspectives, and a family that I’ll always remember. What I have received here, I will take with me in my studies, my work, and my everyday life. I hope that in the future, I will be able to see my fellow participants again. Hopefully, they will be continuing and furthering everything that we have studied and gained here in the School of Peace.” –Kezia Uli Simanjuntak, Indonesia

My Tozanso Experience: A Reflection

I am a Moro, a Muslim and a Filipino. Proud to be one!

It is my great honor to be among the ICF alumni invited as part of the Interfaith Cooperation Forum delegation to the ICF Workshop within the context of the APAY Youth Assembly and 20th APAY General Assembly. There were 377 delegates, including 116 youth that gathered from 22 countries for the week-long activity from August 31- September 6, 2019 in Tozanso, Japan. Professor Emma Leslie of Centre for Peace and Conflict Studies facilitated the first workshop that focused on Strategic Peacebuilding that highlighted the importance of Strategic Conflict Transformation, Movement Strengthening and Unity Building across faith and cultural divides. The workshop emphasized the importance of conflict analysis in peacebuilding. The second workshop for the ICF Team focused on understanding different religious concepts such as Hinduism, Buddhism, Christianity, and Islam. It was an interfaith dialogue between and among diverse beliefs of participants coming from the Philippines, Cambodia, Laos, Japan, Sri Lanka, Hong Kong, Nepal, Indonesia, and Bangladesh. It was a privilege to be a delegate coming from the Islamic faith. It was a great opportunity to introduce our faith to non-Muslims. I had a chance to clarify the misconceptions of people about Islam that are regarded as controversial by many media platforms. Indeed, interfaith dialogue promotes understanding and acceptance that will help deter conflict in every diverse community. The ICF Team also had a chance to perform an interpretative song that promotes diversity, peace, and love with one another. It also showcased our indigenous or cultural dress and instruments that represent our respective countries and religion.-Alamiah Sampaco Pangandaman, Mindanao, Philippines

Marawi, I am with you!

Almost two years had passed since the Marawi siege happened. The massive devastation that has been done to Marawi and its people was very much palpable as I stood from the peripheries of ground zero. It is very hard to put into words the horrors that I saw – totally damaged, bullet-ridden houses, business establishments, and places of worship. It was appalling, to say the least. The once vibrant Islamic city is so long gone. What is left are tall grasses, thick vines, and the eerie silence of the ruins.

It was a big opportunity for me to visit Marawi, to see the situation up close, and to hear the narratives of the people. Unlike the waters of the Agus River that surround the city center, serene, continually flowing, and full of life, the Maranao’s struggle to rebuild their lives due to the lack of genuine support from the government. Thousands of displaced people have the right to safe and dignified return back to their homes back. Marawi is proof of how intolerance can turn into violence and how violence can destroy humanity. Misunderstandings and greed for power have caused such tragedy. But, it is not only about the perpetrators. Listen to the clamor of our Maranao brothers and sisters to go back and reconstruct their homes and city. Marawi is for the Maranao’s and Maranao’s alone, not for the profit-seeking actors. It is their home and the ground of their identity. They have their own culture and history – an ongoing one – that we, Filipinos, must protect from being stolen again. Adrianne John A. Nuneza, Youth Volunteer, Davao YMCA