What is Interfaith Cooperation Forum (ICF)? 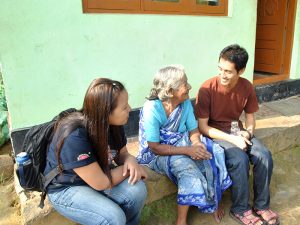 Asia, occupying 30% of the Earth’s total land area, is the most populous continent in the world. It is the birthplace of most living religions in the world. Aside from its diversity in religions, Asia is also diverse in cultures, languages, government systems, races, and ethnicities. Religion arises from human beings’ inner longing to be in touch with the Sacred or the Divine and they embody this longing in their lives and practices. As time passed, the sense of power beyond the human held emotionally and rationally, and appreciated collectively and individually, celebrated ritually and symbolically has been institutionalized. Interpretations of views on things had been passed on to generations as traditions and conventions that are supposed to guide the believers’ ethics and orientation to meaning and purpose in the world.[1]

Unfortunately, in Asia and other parts of the world, some individuals, religious groups, institutions, or even nations, have used religion as an excuse to justify their proclivity to dominate. They claim power and profits over territories and bodies of others, especially those of the weak ones. Demonizing of religions other than one’s own continue even until these days. It is disquieting how 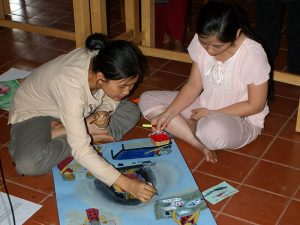 religious beliefs, and even non-belief, are used to rationalize genocide projects in Asia, and in the world.

Based in Hong Kong, ICF used to be a joint project of Asia Pacific Alliance of YMCAs (APAY) and the Christian Conference of Asia (CCA) until 2017. Since that time, APAY became the sole project holder of ICF, under its Justice and Peace program. Set in Asia’s diverse context, it seeks to contribute to the efforts of peacebuilding in the region of Asia, especially in the conflicted areas. While it works with the constituencies of APAY’s 24 national movements, it also seeks to establish links with peace networks around Asia. Seeking to be relevant in the Asian context, it upholds the cross-cutting principles outlined in the Challenge 21 of YMCA. Challenge 21, adopted at the 14th World Council of YMCAs, Frechen, Germany, 1998 states that:

“Affirming the Paris Basis adopted in 1855 as the ongoing foundation statement of the mission of the YMCA, at the threshold of the third millennium we declare that the YMCA is a world-wide Christian, ecumenical, voluntary movement for women and men with special emphasis on and the genuine involvement of young people and that it seeks to share the Christian ideal of building a human community of justice with love, peace, and reconciliation for the fullness of life for all creation. Each member YMCA is therefore called to focus on certain challenges which will be prioritized according to its own context. These challenges, which are an evolution of the Kampala Principles, are: