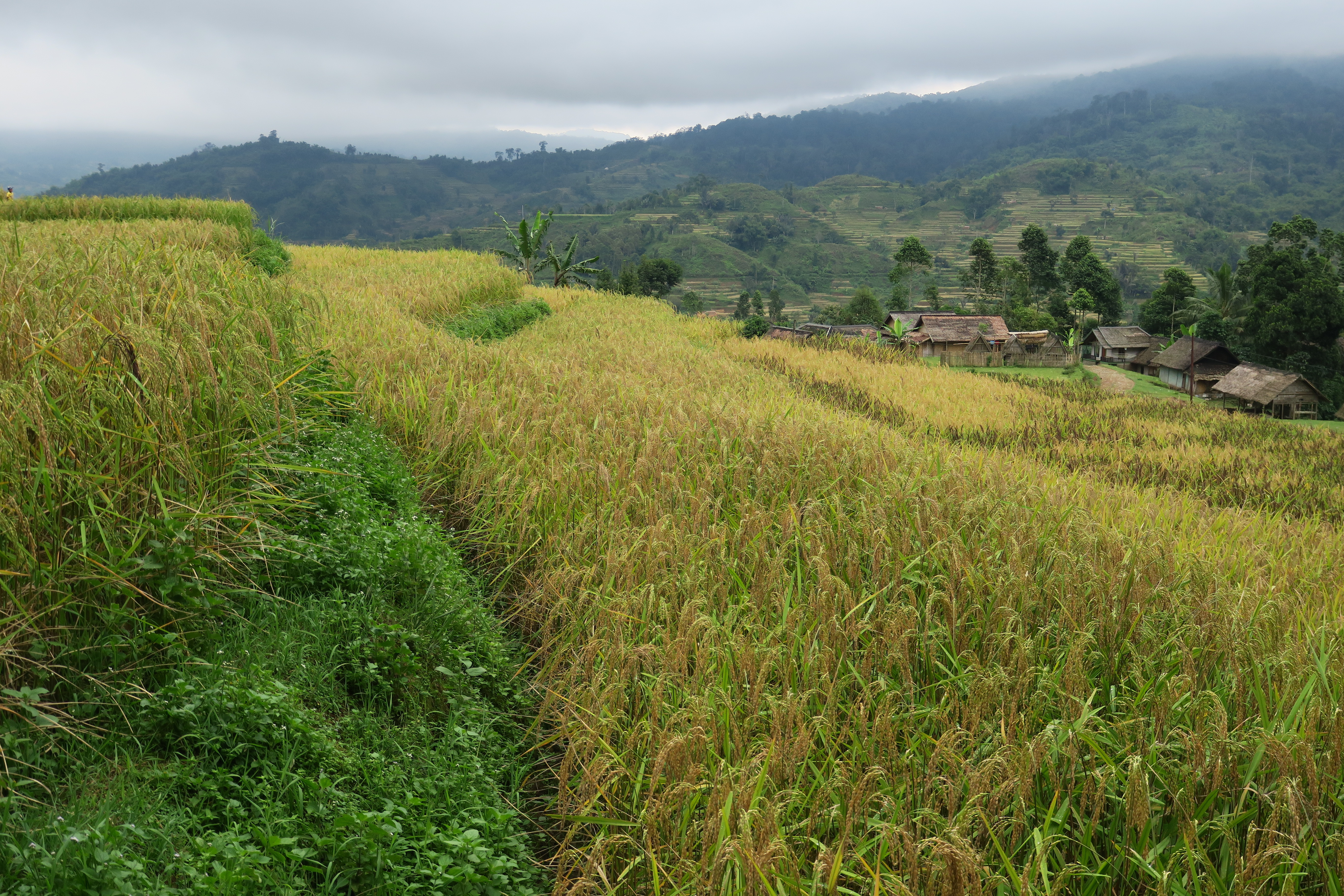 Kasepuhan Ciptagelar is a traditional Sundanese community in West Java, Indonesia. The people here maintain their ancient traditions under the rule of a young king by the name of Abah Ugih. He inherited the position from his father. The king, called Father by the villagers, is a humble man who spends much of his time listening to his people and responding to their needs. He is guided by a group of elders who are fully versed in the oral history and traditions of the Sundanese people.

For the people of this village, rice is life, and it must never be sold in any form. After each harvest, which happens only once a year, the queen will select the rice which will become the seeds for the next planting. No seeds from outside the community can be planted. With plenty of water from the many natural streams in the mountains, more than one crop could be planted a year, but the people believe that the earth also needs to rest, so tradition dictates that they can till the soil and plant only once each year. Consequently their rice yields are very high and they have saved enough rice for three years if needed. Meanwhile, neighbouring communities that try to squeeze two or three crops out of their land each year struggle to have enough to eat.

The rice is kept in special granaries where it is protected until the family needs it. The granary of the king is sacred and villagers say there is rice inside which is at least 100 years old and still can be eaten. No special effort is made to keep birds out of the fields or mice out of the granaries. “They too need to eat,” says the king, “and they don’t eat much anyway.”

Surrounding the village three different forests exist. One is sacred and no one can enter without permission. Trees in the second forest can be cut if needed for houses or firewood. The third forest is available to everyone for collecting food or medicinal herbs. This strict tradition has protected the environment in this area for many centuries and it is still practiced so the future generations will also have a healthy world to live in.

After spending a short time with the people of Kasepuhan Ciptagelar, I found myself reflecting back to the creation story in Genesis 1.

God spoke: “Let us make human beings in our image, make them reflecting our nature so they can be responsible for the fish in the sea, the birds in the air, the cattle, and, yes, Earth itself, and every animal that moves on the face of the Earth.” (Verse 26)

We, perhaps, have not been as responsible as God planned in the beginning. We overuse the resources of the world, try to force the earth to give us more and more of its limited gifts, and make the soil, water and air unusable with all of our pollution and poisons. So we live less comfortably and with less sense of satisfaction than the people of Kasepuhan Ciptagelar, even though their lives are very simple and uncluttered.

Indigenous communities around the world have much to teach us about taking responsibility for God’s creation, but we tend to ignore them. It would be good for all of us to occasionally make a pilgrimage to a village high in the mountains like Kasepuhan Ciptagelar, and reconnect with the earth as God created it.

“God created human beings; he created them godlike, reflecting God’s nature. He created them male and female. God blessed them: ‘Prosper! Reproduce! Fill Earth! Take charge! Be responsible for fish in the sea and birds in the air, for every living thing that moves on the face of Earth.’”

(Printed with permission from https://pjsnpeacesigns.wordpress.com/)