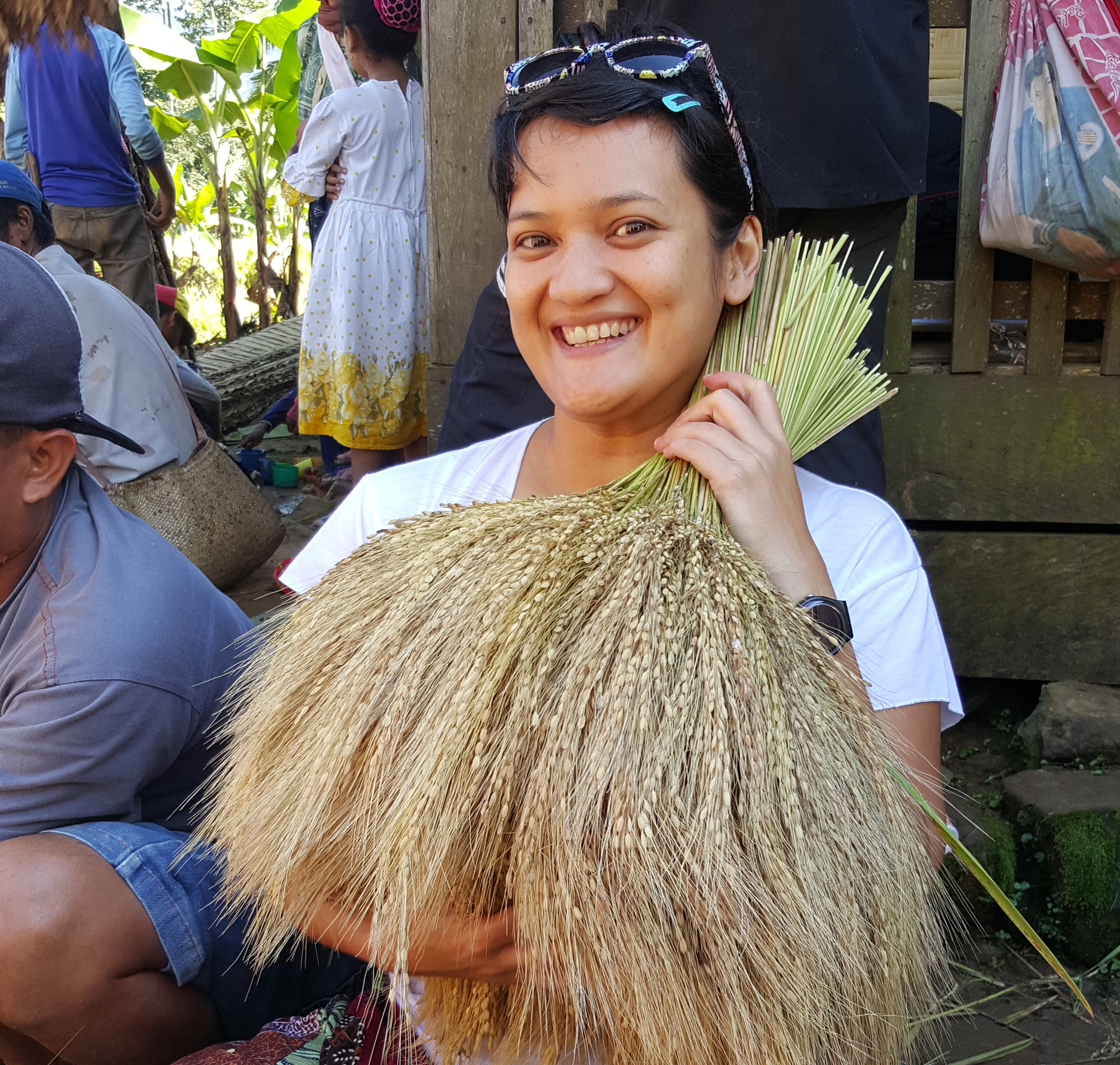 From an early age, Lioni Tobing was curious about who exactly God is.

She would wonder funny things about her Creator like, “Does God drink coffee or tea? Does God like cookies?” But never got the answers she needed, nor did she feel comfortable asking people in her church these types of questions.

Lioni sought enlightenment wherever she could find it.

“My journey to find God is connected to interfaith dialogue — I wanted to know how people know God.”

“Wherever I go, on planes, boats, trains, I always ask people, ‘Who is God?’ and, ‘What is religion for you?’”

Lioni is an Indonesian from West Java, where religion is also a source of deep-seated conflict. Christians and Muslim minorities sometimes face religious-based violence in Indonesia and there is a lack of tolerance for diversity.

These questions and conflicts led Lioni to participate in ICF’s School of Peace in 2008 and then pursue a double master’s degree at the University for Peace in Costa Rica and Ateneo de Manila University in the Philippines.

“In SOP I learned about who is your real enemy through structural analysis. In the University for Peace I learned about geopolitics and how that power affects marginalised people. Now I always question if it (international aid and development) is good or not for the community,” she says.

As a citizen of a developing country which has seen its fair share of political corruption and violence, Lioni has witnessed the effects of international agencies coming into her country with a particular brand of “development.” The international community has even influenced the country’s constitution, and not for the better.

“It’s influenced by many things and I feel like it’s not Indonesia,” Lioni says.

Lioni’s time in SOP helped her develop a new perspective on developing countries and the value of indigenous spirituality and knowledge.

“I really want to redefine the development of Indonesia. I want Indonesia to decolonize knowledge and the mind. I think it’s better if the country looks back in history and looks at what went wrong.”

After years of working for organizations focused on fixing Indonesia, but not consulting locals, Lioni is running her own project with her colleague called Common Room Networks Foundation in an incredible indigenous community in West Java called Kasepuhan Ciptagelar.

Lioni is working with and learning from this community which has been self-sufficient for hundreds of years.

She believes a new model of development can be created using Kasepuhan Ciptagelar as an example.

The people of the community have never sold the rice grown on the land and have laws which protect the land from degradation.

“It’s really amazing how these people can live for 700 years without selling rice,” Lioni says. “When you ask them why they didn’t sell rice, they say, ’how can you sell life? Rice is a gift from the earth.’ Maybe the solution of food security and other problems in Indonesia is in this village.”

Kasepuhan Ciptagelar is well-developed in many ways. No one is allowed to go hungry, the community has a bustling business, and its own television and radio stations, but Lioni observed access to information outside of the community is something that could be improved.

She is using new technology called Raspberry Pi to fill the need.

Raspberry Pis are low-cost, high-performance computers that people use to learn, solve problems and have fun. They can easily be plugged into keyboards and TV monitors and are part of an initiative to improve access to information for the vast majority of people who cannot afford computers.

“We decided what we want to do is strengthen technology in Ciptagelar by creating a mini data centre for people in the city. We are using Raspberry Pi to access movies, music, documentaries, books, PDFs, et cetera.”

They hope the mapping will help other indigenous communities in Indonesia secure their land rights.

“Land rights are necessary to their social development, cultural integrity, livelihoods, sustainability, and spirituality. For people in Kasepuhan Ciptagelar, the relation between the people and the land are not simply about production but a material and spiritual element that need to be preserved and transferred to the next generations,” Lioni says.

We are all one family

Lioni says she has learned more from the community than she has taught them.

She learned that humanity can exist in peace and harmony if they embrace one another, no matter how different, as family members.

The people who live there believe the community is the birthplace of all people groups and all religions. All races descended from the original members of the community, so when anyone visits, they are welcomed home.

“They’re really open to every religion,” Lioni adds. “If you talk with the king or queen of the village, they will say ‘we celebrate everything, on Christmas Day or Eid Mubarak, we’ll have another picnic.’ In one year they have 34 festivals” for different religious holidays.

Lioni has also found a home where her curiosity about God can find a receptive audience.

“People in Kasepuhan Ciptagelar have taught me a lot about life. They taught me the way to be sincere, honest, and genuine which we find rarely in the city. They taught me how to live with the nature harmoniously. I believe the way you treat the nature shows your relation with God since God is manifest in everything in this world,” Lioni says.

“My journey won’t stop here. I believe God will always show and teach me through people and nature.”