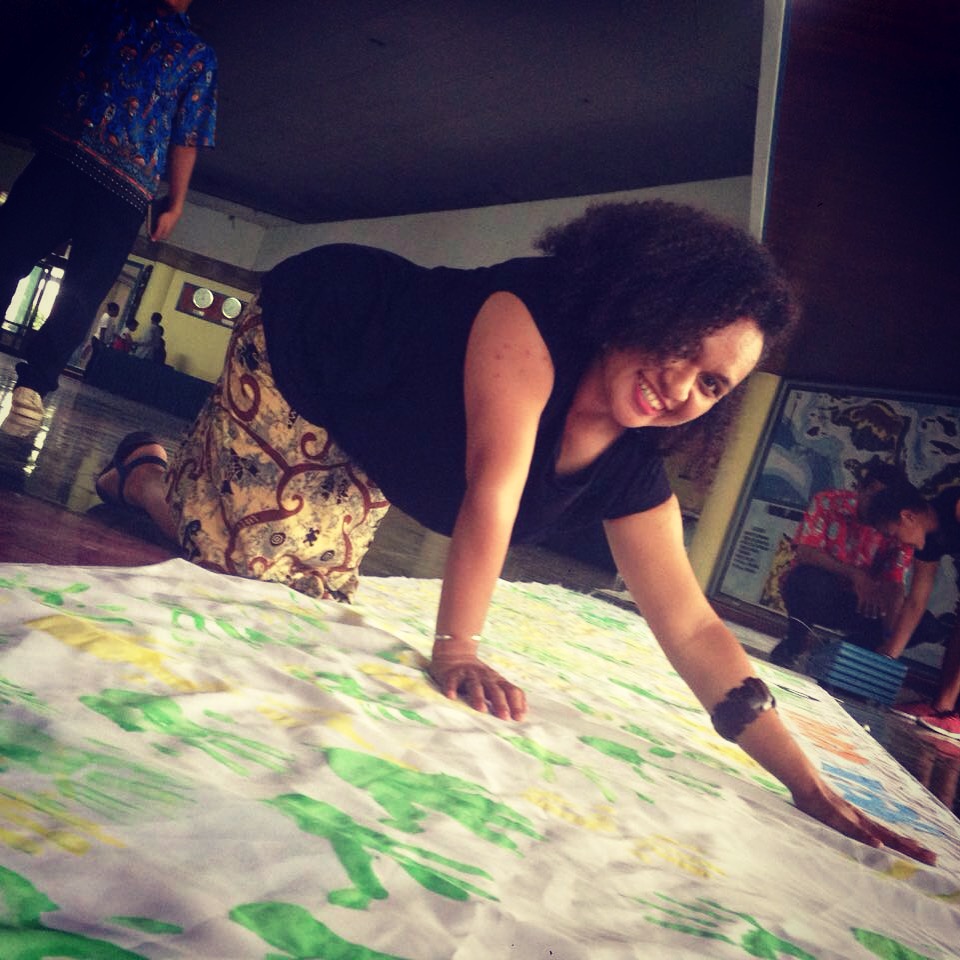 Laela Tambawang was born into an interfaith family in West Papua, Indonesia, so it’s no surprise she eventually participated in ICF’s School of Peace.

“I’m Muslim but my mom is Christian until she became Muslim,” Laela explains. “My grandma is Christian and helped me learn about my own religion. She taught me a lot about respect and about how you treat people and not discriminate.”

Laela built upon these lessons at School of Peace in 2012.

“SOP helped me feel more comfortable working with different religions. My neighbour is Christian, my other neighbour is Muslim. My relatives are Christian. We don’t have any problems. Our ancestors told us to live together, so we try to keep living like that,” she says.

Outside of Papua, religious tension is palpable.

The majority of Indonesians are Muslims, whereas most Papuans are Christian. Laela worries what could happen if these tensions creep onto her island.

“I’m scared Papuans and outside people will have a conflict because of discrimination. I try to help them understand like that.”

Papuans have already experienced a great deal of violence, but it’s been erased from the history books.

“I don’t know about my own history. I didn’t learn about Papuan history,” Laela explains.

A History of Oppression, a Culture of Silence

Papua hasn’t always part of Indonesia. In 1963, after a long battle against the Dutch colonial force, Indonesia occupied West Papua with the blessing of the UN.

From the first days of the Indonesian occupation, the people of West Papua refused to be part of Indonesia. When they protested, the Indonesian military and police often used lethal force to halt their resistance.

Since the 1960s Papuans have reported suppression by terrorism, including murder, political assassinations, imprisonment, torture, and aerial bombardments.

“We fought for independence and many people died,” Laela says. “We call it genocide of Papuans. Since 1963 we made an agreement (to join Indonesia), but now we don’t have free choice. The agreement was made under the gun.”

Laela is concerned the newest generations don’t know their history or rights because their parents and grandparents won’t talk about what happened in the 1960s.

“They don’t want their children dying for the truth.”

It’s a culture of silence, she says.

Hope for the Next Generation

Laela loves Papua and wants the best for the next generation, so she works with women and children to try to ensure a bright future.

Laela works to empower women and children to share what they’ve been through and provide a safe place for them to share and be listened to.

“At SOP I learned about the Socratic circle. It helps my students to speak up. I’ll bring a picture about discrimination and they will talk about what their experience is. I think they learn about how to think critically. First they don’t care about what happens in Papua, but after they learn to understand the issue,” she says.

“I’m also collecting stories to encourage children or the people working with the children. We encourage them to write about the story of the abuse or about their conflict area,” she says.

Laela is also a part of creating SOP curriculum for women and children’s education. It includes games and other tools for transformation.

“We want to use the curriculum to have a workshop for trainers to use for brainstorming or getting ideas to apply in different parts of the world,” she explains.

Laela hopes to be a small part of encouraging and empowering the next generation to be agents of change in West Papua, but also in Indonesia.

“I want my people not to just sit and hear me lecturing, but I want to help them find a different way. I don’t want to tell them what to do but help them find their own way.”