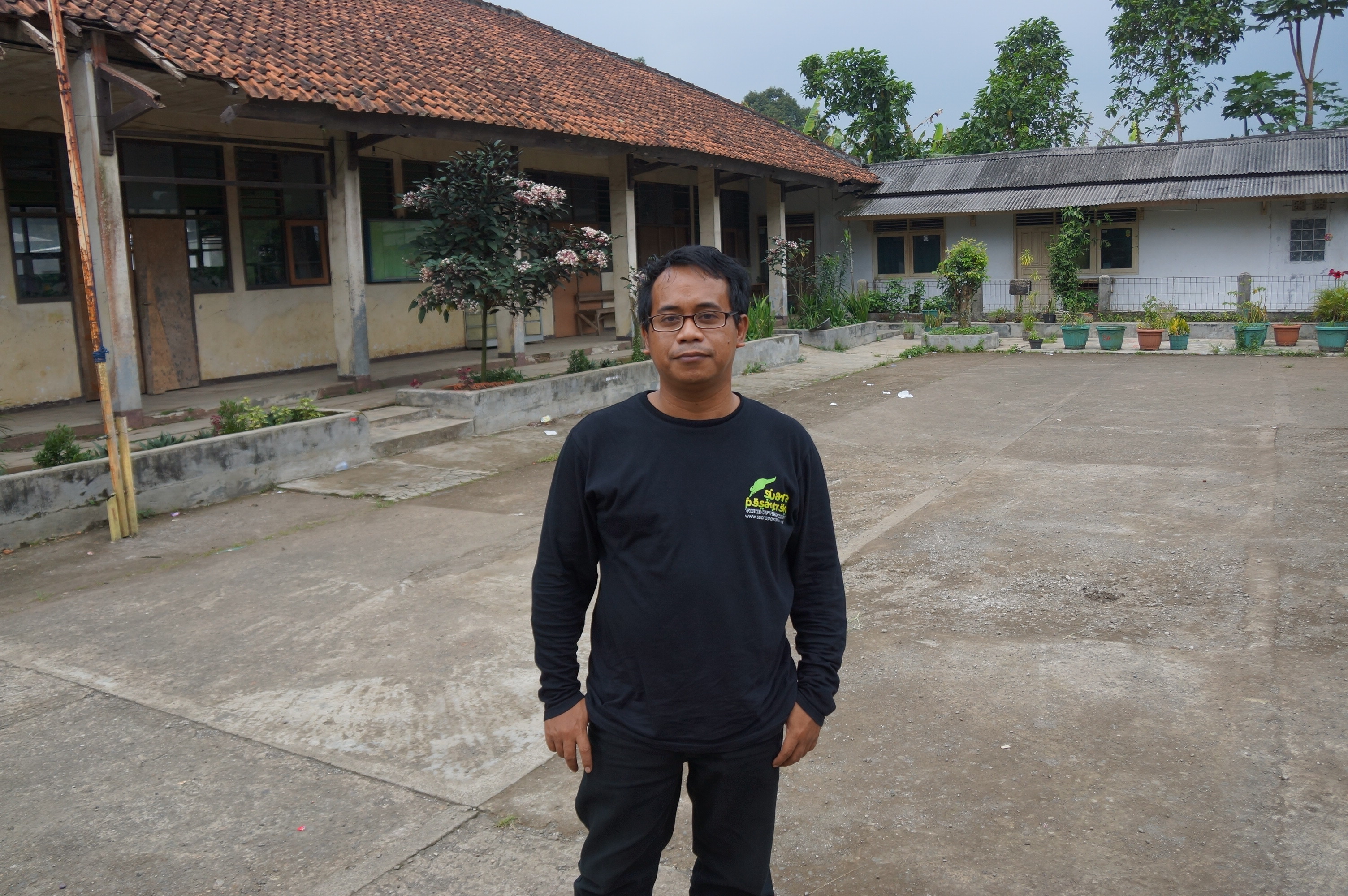 When Anick Ht sees images of churches burning on the news, he knows what viewers will think.

But this isn’t the Islam Anick grew up with.

While it may seem as though radical Islam is taking over the world, he believes the liberal and moderate Muslims are a greater majority, but are less visible when strong images of beheadings and acts of terror are in the forefront.

Anick is a 2007 alumnus of the Interfaith Cooperation Forum School of Peace from Java, Indonesia. His decision to work for peace stems from his country’s history.

For much of Anick’s life, Indonesia was governed by the dictator, Suharto, who ruled for 31 years.

Although Anick grew up a Sunni Muslim — the dominant religious group in the country — he learned respect for other faiths through his studies in an Indonesian Islamic boarding school called a pesantren. When Anick attended university in Jakarta, he learned more about how other religious and political groups faced persecution under Suharto.

“When I studied at university I built some perspective about how the authoritarian system created a gap between Islam and other religions and how the corrupt government made a terrible situation for our common people,” Anick explains.

There in school, activism became part of his life.

“It was a soul calling,” Anick says. From there he became involved in youth movements opposing Suharto’s rule and interfaith movements. Eventually Anick participated in School of Peace.

Anick says SOP was where he realized what it means to be a true activist.

“The process makes you change your mind, your perspective to see everything differently. Not only did we have a range of knowledge (at SOP), but a range of perspectives,” Anick says.

“One step in SOP has changed many steps afterwards.” – Anick Ht

Amplifying the voices of the moderate

Although the reign of Suharto is over, religious intolerance and violence remains in Indonesia. Christians as well as Ahmadiyya and Shia Muslims face abuse and harassment at the hands of Sunni extremists, and the country has faced several terrorist attacks over the years. The country’s current president Joko Widodo recognizes this is an issue and has publicly called on the country’s largest Islamic denomination to stand up against religious persecution.

Anick is doing just that. He now works for the Centre for Pesantren Studies, an organization which promotes tolerance, pluralism, and the study of Islam’s peace teachings in Islamic boarding schools.

Generally these pesantrens lack internet access and don’t teach about responsible social media use. Here, Anick and his team see room for improvement.

For the last year, Anick and his team have hosted workshops on writing skills, social media, and video making. The curriculum the centre uses in its workshops is based on ICF’s tools for transformation curriculum, Anick says. The goal is to equip young people to share the true message of Islam and perhaps to drown out some of the radical messages.

“The cyberworld is dominated by radicals because they fully use the internet to campaign and promote their perspective. On the other side, the majority of Muslims have less access,” Anick says.

“We’re promoting the silent community,” he explains. This community is big in numbers, but doesn’t use the media as effectively as the radicals.

For Anick, standing up against persecution isn’t about hoping for a better future, it involves action.

“I’m doing something, not hoping,” he says.

A community working for change

Anick isn’t the only Indonesian working for peace in the region. He’s a member of ICF’s largest national forum.

He says meeting with the group of Indonesian SOP alumni gives him hope for a more unified, tolerant country.

“We connect automatically because we have one perspective about many things. Indonesia is a big country and there are so many issues, but when we meet it reminds us we’re of the same perspective to do something,” he explains.

The Indonesian National Forum is expanding and doing more work to engage and support the moderate Muslim voices.

ICF is pleased to support this group of inspiring people as they work for justpeace in Indonesia.