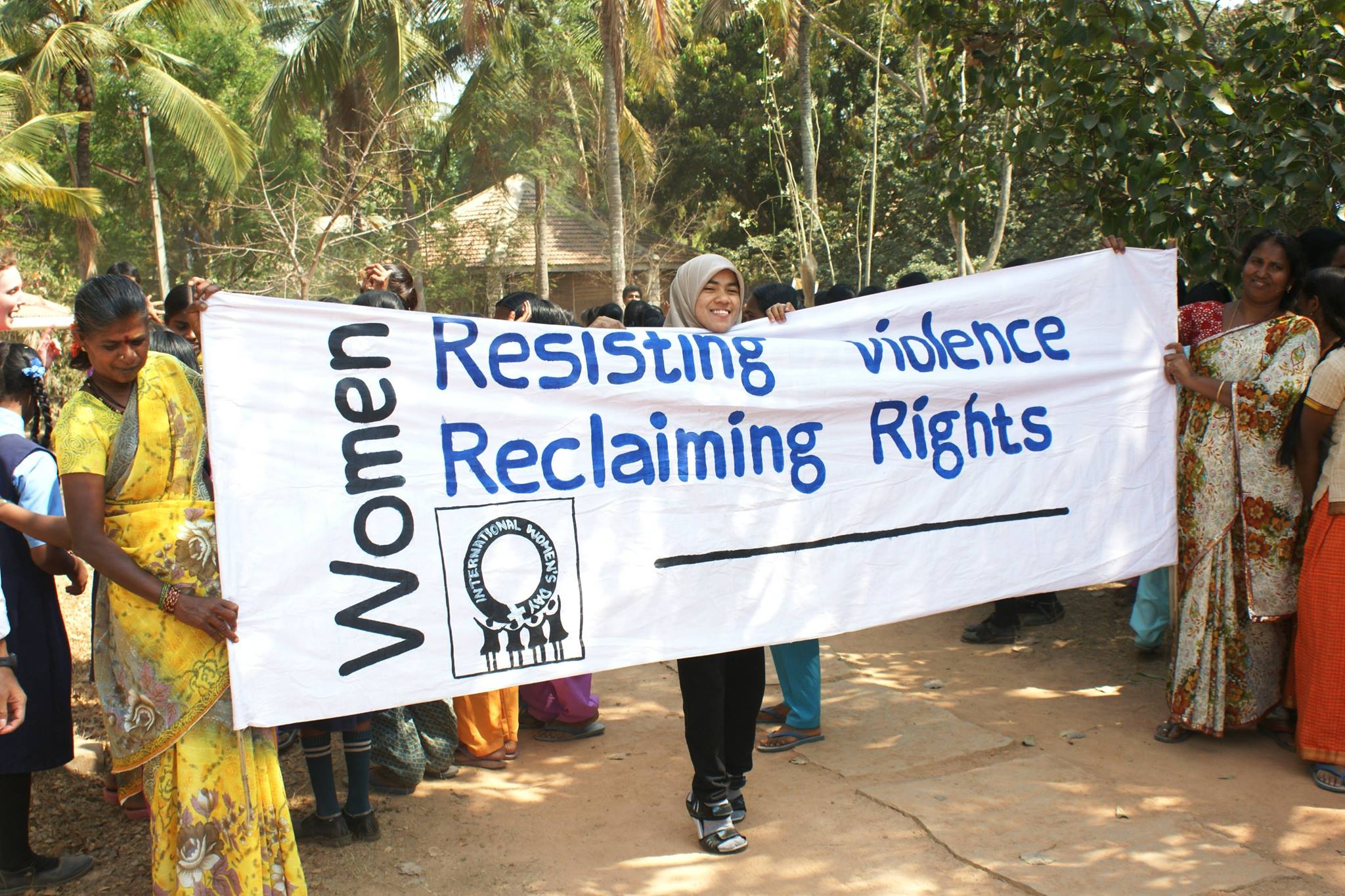 Women are unacknowledged heroes in the world. They are peacemakers, providers, self-sacrificing, and strong in the face of incredible adversity.

Today, March 8 marks an opportunity to recognize all that women do to contribute to their communities, despite a lack of parity with males.

Today is International Women’s Day. It’s a global day of celebrating the social, economic, cultural and political achievements of women. The day also marks a call to action for accelerating gender parity. This day has been celebrated for more than 100 years, and no one government, NGO, charity, corporation, academic institution, women’s network or media hub is solely responsible for International Women’s Day.

Interfaith Cooperation Forum has the privilege of working with amazing women from all over the world. We have seen them learn and grow through School of Peace to become agents of change in their communities. These women work tirelessly to promote justpeace and improve quality of life in their communities. These are just a few of the women ICF has the privilege of working with:

Romlah is a graduate of SOP 2010 and hails from Pattani, Thailand. She worked for years supporting villagers who have seen husbands, sons, and brothers sent to prison on suspicion of anti-State activity. Now her husband, Anwar Hajiteh is facing the same fate. Romlah visits him regularly, campaigns for his release from prison, and supports her own family as well as Anwar’s.

Romlah says “I will keep fighting to free Anwar. If I am successful in bringing him home, other cases will have hope too.”

Elizarni hails from Aceh, Indonesia and attended the first SOP in Bangalore in 2006. She is currently working on her PhD at Ohio State University studying Alternative Education. During her graduate studies, she used her SOP experience as an example of alternative education. Elizarni hopes to return to Papua to work on developing a better education system in her home community.

Ningsih, a SOP alumni from 2010 grew up in Poso, Indonesia during a conflict between Christians and Muslims. Ningish works with an alternative women’s school in which she visits different communities teaching about economic development.  She also helps fundraise for the school.

Ningsih currently serves as the National Coordinator of ICF’s presence in Indonesia.

Poli is a Christian woman from Bangladesh who graduated from SOP in 2012. She works for a non-profit organization called Shanti Mitra and is a member of the ICF program committee. Poli has organized the Bangladesh Festival of Justpeace for the past three years and plays a significant role in in spreading the message of justpeace in the region.

Laxmi is a Hindu woman from Nepal who graduated from SOP 2008. She currently works with a broad range of people, including child labourers, Dalits, and people with disabilities. These projects are holistic and involve child protection and participations, inclusive education, microfinance and livelihood, health support, and advocacy for policy implementation or policy change.

ICF is struck by the following four women’s work ethic and commitment to the cause.

“None of these women ever seem to run out of energy,” SOP coordinator Max Ediger says. “They’re very committed to their work for justpeace.”

Today we encourage our network to celebrate the contributions of women, but also to stand up and call for gender parity.