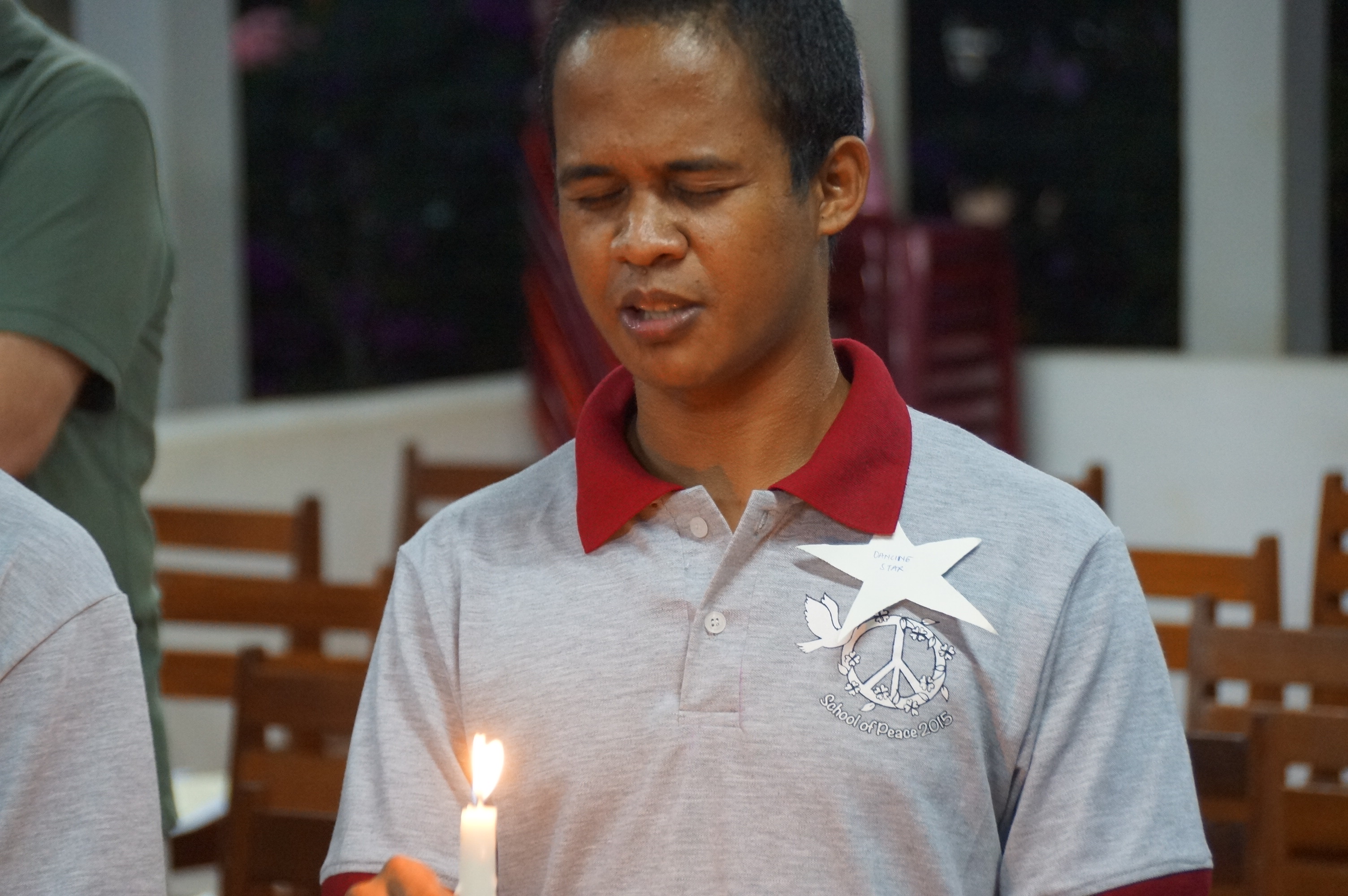 Rene Bundozan’s identification paperwork shows he is a Filipino Christian. That’s because there is no option to declare himself by his Indigenous spirituality.

The 25-year-old hails from North Cotabato in Mindanao and comes from the Ilianen Manobo Indigenous community in southern Philippines.

At an early age Rene became a Christian and lost touch with his native spirituality — something he says is a problem among many other young Indigenous youth.

“I never go to Indigenous community when I was growing,” he explains. “I don’t know very much about my culture. I don’t care because I’m already baptized by Christianity. Every Sunday I go to church.”

Rene didn’t learn about Manobo people in school, either.

“In school I learn a lot. I understand the math, but what about the story of my people?”

According to the UN, the Philippines is a culturally diverse country with an estimated 14-17 million Indigenous People (IPs) belonging to 110 ethno-linguistic groups. About two-thirds of the country’s IPs live in the Mindanao area. The country mandates state recognition, protection, promotion, and fulfillment of the rights of Indigenous Peoples and the right of IPs to manage their ancestral domains.

The issues go back hundreds of years to when the Spanish colonial power “Christianized” two of the three islands of the Philippines, Luzon and Visayas, in the 1500s. This created a longstanding rift between the majority Christian Filipinos and minority Muslim “Moros” who are largely based in the southernmost island of Mindanao. Indigenous people were caught in the fray of the religious conflicts.

Many began to believe the spirituality passed on through generations wasn’t legitimate, and slowly became assimilated into the two larger faiths, especially Christianity.

“I think it’s because they were ashamed. Because they (the Indigenous people) are different,” Rene says.

The effects of colonization are still felt today, Rene says.

He earned a degree in teaching at the University of Southern Mindanao and says people there wouldn’t call him by his name, just IP for Indigenous person.

Rene would respond, “Call me Manobo. I’m proud of my culture.” In truth, though, he didn’t know much about it.

He decided to take part in the School of Peace in Siem Reap, Cambodia. At the beginning of the first module, he introduced himself as Indigenous, despite what it says on his ID.

As he began to open up about his background, Rene talked more to SOP coordinator Max Ediger about his ethnic background, his confusion about his spiritual identity, and the conflicts between Indigenous groups at home.

Interfaith Cooperation Forum believes strongly in upholding traditional Indigenous spiritualities as legitimate belief systems that deserve as much respect as any of the major world religions. Max explains that too often outsiders dictate changes in Indigenous communities because they believe they are uncivilized or evil.

“Cultures are always changing, but it’s important that Indigenous people themselves decide when and what changes are appropriate.”

“I want to encourage our Indigenous participants to deeply explore their histories and beliefs to find the wisdom that exists there and then share that wisdom with the world. We will all benefit from that,” Max adds.

This year at SOP, Rene and two Indigenous men from Papua, another place colonized by Christians, decided to return home and explore their native spirituality and culture further.

For Rene, this was a new experience.

“Before SOP, nobody encouraged me to go back to my culture like that. But here at SOP my mind twists,” Rene explained.

Max encouraged Rene to use the three month break between the second and third module to visit Manobo communities and learn from them.

“It was very sharp into my mind that I need to study my culture about our religion,” Rene says.

Learning from his own community

When he got back to the Philippines, Rene found it difficult to find people who could answer his questions because so few people were taught the traditional wisdom.

In December he went to the mountains in North Cotabato to visit with a community who still lives according to the traditional Manobo culture and spirituality.

There he learned how interconnected the earth and Manobo spiritual practices are.

One prayer involves a plate of rice, water, a metal coin, and seeds. It is split into four quadrants to symbolize the four directions.

“Rice is our body, a source of life. Without rice we cannot live. Water also. Coin is a measurement of how heavy your faith in God. We ask to the God that this seed can grow well,” Rene explains.

During his visit, Rene was inspired to continue his journey of learning about his spirituality and passing down the knowledge.

He hopes to teach in Manobo communities in the future, but given the chance Rene will broaden the curriculum to share about their heritage and spirituality of the Manobo Ilianen, and teach their mother tongue.