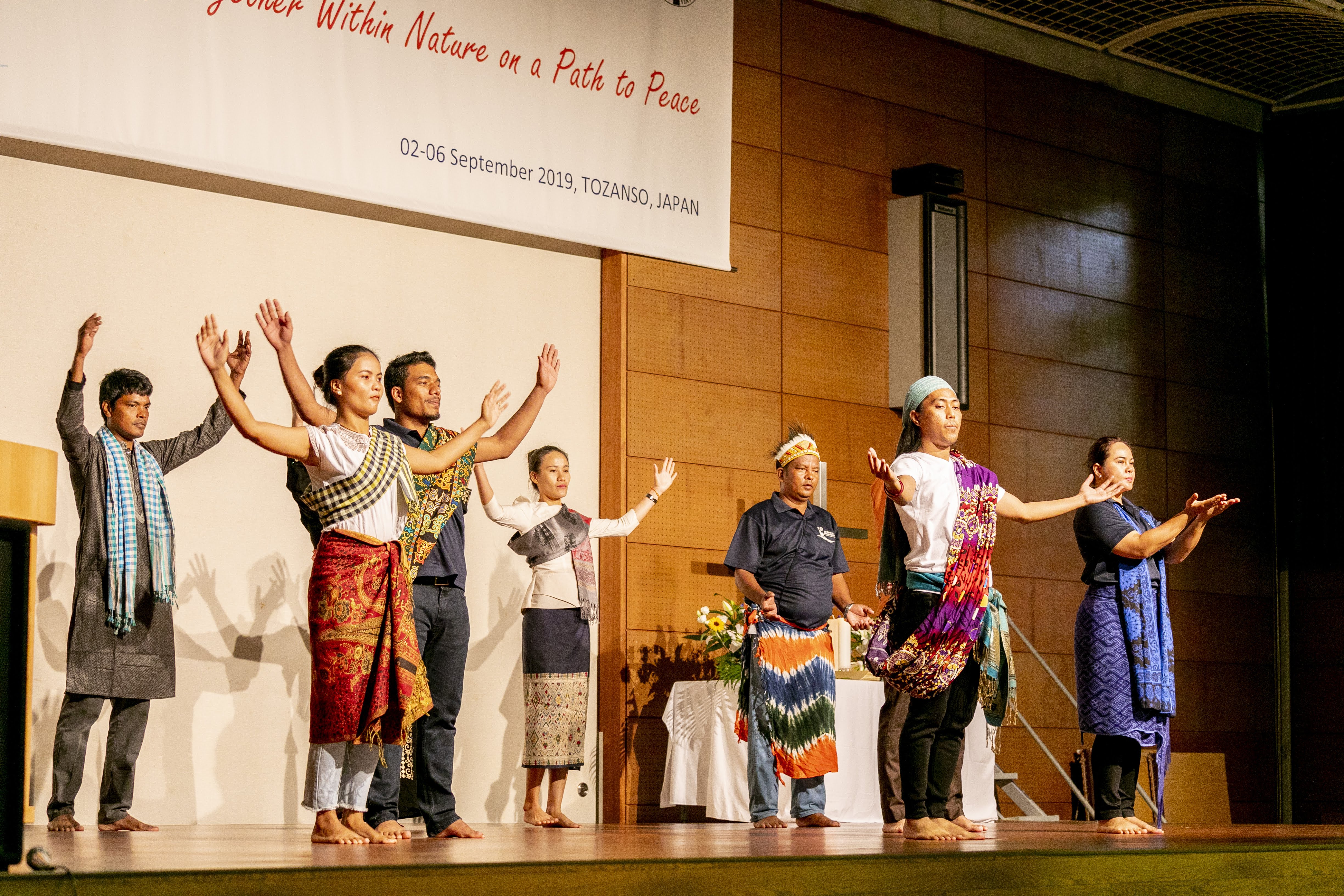 For the first time at School of Peace, participants used puppets and dioramas to explain issues from their communities.

In the third module, Hem Sopharak “Small” led a session on creative storytelling as a tool for transformation. The participants broke into groups and made their own puppets and dioramas to explain problems like colonization, trauma, reconciliation, and land grabbing.

According to Sopharak, puppet shows and dioramas are easily made and effective ways of raising awareness.

“Puppets can be used as a way to raise awareness of a marginalised issue,” Sopharak explains. “And it can be made with limited resources and materials.”

At the end of January, one group used a diorama and puppets to illustrate the difference between the Indigenous and the non-Indigenous way of life and the pressure put on Indigenous people to assimilate. It tells the story of a young man named Boto who sees people Filipino Indigenous people losing their traditional way of life. They become ashamed of their heritage, and he even finds himself falling into the same patterns.

But Boto pledges an oath to preserve the traditional culture.

Another group told the story of conflict and reconciliation in Poso, Indonesia. In the story, people from different faiths came together to talk about the trauma they faced as a result of the fighting between Christians and Muslims.

The group decides to set up a school in the middle of a Christian and Muslim together so people from both faith groups can study together.

The final group told the story of land grabbing and the suffering the affected community faced.

Interfaith Cooperation Forum believes strongly that there are many tools for personal and community transformation. Drama, art, music, journalism, and creative storytelling are all effective, and beautiful ways of raising awareness and helping to build justpeace in the world.