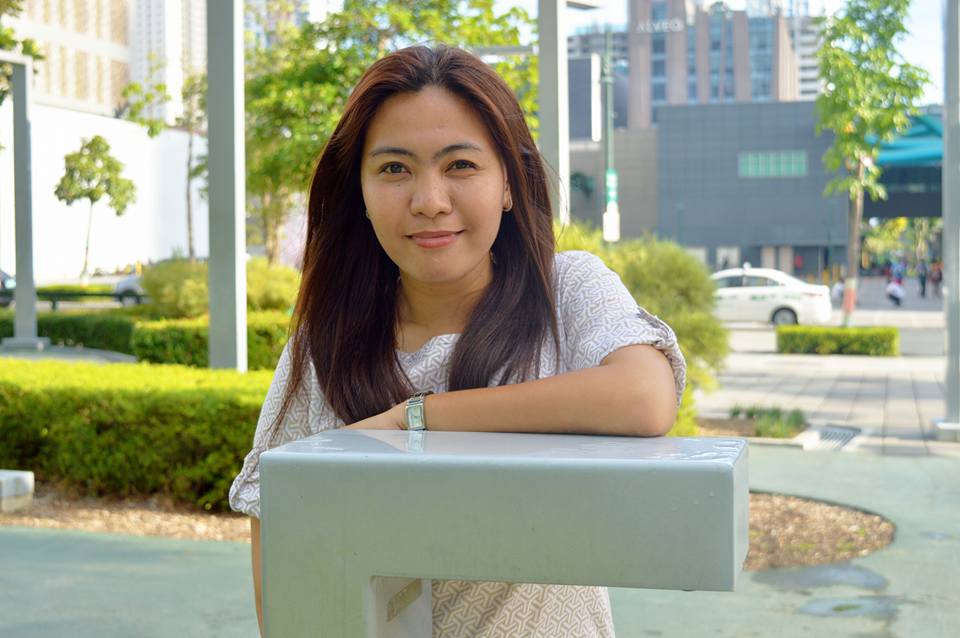 Kathleen Martin grew up in the Philippines and worked as a nurse for many years. But she always felt something was missing.

So, Kathleen quit her job at a hospital and put her graduate school work on hold to work in a rural health unit and volunteer with United Youth for Peace and Development in Mindanao, Philippines.

It was during this career break that she met a former ICF Philippines national coordinator at a youth forum. He asked Kathleen if she would like to do a short study unit in India and gave her the application form for School of Peace (SOP).

“I had no direction at the moment until he suggested the School of Peace. He knew that I felt the medical profession was not really for me. I wanted to be involved in some other social issues – interfaith, human rights, child protection, that sort of thing. He suggested that SOP could give me the venue to find what I was looking for.”

Kathleen attended SOP in 2010. It was her first experience being immersed in a community in which differences were the focus of conversation.

“I’m a Muslim, but I was raised in a Christian community,” she explained. “I lived in a not very traditional way and I often got along with my Christian friends, but we did not often discuss our differences.”

At SOP, each participant’s identity was rooted in their religion and culture. Kathleen was surprised by how each person was able to stand firm in their differences but also discuss them.

SOP showed her how prejudice still exists in her community even though differences do not seem to be an issue among her friends. She also realized she was subtly perpetuating discrimination.

Kathleen remembered comments her friends made that revealed stigma or prejudice against her religion and how she had not responded adequately.

“If you’re not able to explain the small things about your faith, it makes the stigma even bigger,” she said.  “I felt like I wasn’t doing anything.

At SOP Kathleen learned not just about other cultures in Southeast Asia, but also more about her own religion.

“Sometimes you think that because you are raised in a culture you know everything about it, but when you are integrated into a group of people from different cultures and faiths, you realize that you have to know your own culture better to understand the others.”

The other Muslim SOP students from Southern Thailand taught her how to wear the hijab properly and invited her to pray with them.

“I was able to appreciate my own faith which before was a bit of a struggle.”

“I found these women from Pattani very calm and very proper. That’s the main thing that I learned from them—to be calm and say things in a more sensitive manner.”

The way these women could keep their tradition and still relate to others modelled for Kathleen a way she could explain her non-Muslim friendships to her family.

“My grandfather, my grandmother, and some of my aunts are rather conservative, but my mother is not. I have more Christian friends than Muslim friends. They considered me to be deviant. My family told me, ‘You should not make friends with them. They are not serving halal food. They eat pork, etc.’ about my Christian friends.

“SOP helped me to understand the dilemma that I have between my family and my community. I learned how to relate with traditional Muslims and with other faiths.

“At home I was able to tell my family, ‘If I have Christian friends I will not become Christian. I will still be Muslim, but that will not stop me from relating to other faiths.’ Even now it’s still an issue, but compared to the previous years I think they’ve started to accept this lifestyle that I have.”

When she reflects on SOP, Kathleen’s memory returns to how the diverse community of students coexisted so vibrantly.

“At SOP I realized there is nothing impossible when everyone is willing to disregard their personal opinions, open up barriers, and accept each other’s differences.” – Kathleen Martin.

“At SOP I realized there is nothing impossible when everyone is willing to disregard their personal opinions, open up barriers, and accept each other’s differences. It was a place for me to realize that the world is very complex, but if people would talk in dialogue in a calm way — allow people to talk, and listen well, it would open up a new environment, a new world where there is peace and there is justice.

“I really started to ask questions. War, conflict, violence, child abuse—all these things I have questioned before, but it became more intense. In SOP I started becoming more passionate about them. It also paved the way for me to find myself,” Kathleen said.

She found herself wanting to leave nursing to do community work.

“Both fields are helpful, but I found passion serving people on the ground. I want to be with the grassroots, not in the hospital. I want to be in the place where everything starts, not just curing the physical illness brought about by the stress of reality.”

Kathleen did not get into this kind of work right away, though. After SOP, Kathleen agreed to teach nursing for two years, but even there she applied what she had learned at SOP.

“When I was teaching, whenever I had free time, I set aside nursing discussions and talked to my students about topics like faith and violence against women.”

Kathleen took this opportunity to address the stigma and misunderstandings about her religion that she had not addressed with her Christian friends prior to SOP. She asked her students what confused them, not just about Islam, but also about the other religions and faith practices she had learned about at SOP.

“These are things not taught in school, especially in nursing. I think they were more interested to listen to me talk about these topics in our free time than to learn how to do injections and sutures.

“They often asked questions like, ‘Why are you branded as terrorists?’ They always asked about jihad, asked, ‘Miss, why do you bomb schools, why do you bomb bus stations?’ They would ask like this as if all Muslims are responsible for all bombings or terrorist attacks.”

Kathleen harbored these questions with care.

“It became a venue for them to understand Islam and bits of other religions. They might learn it in sociology, but the person who teaches these subjects has not yet met a Buddhist monk or a yogi, or has not talked to a Muslim scholar. So, whatever he is telling the class is based on the book, but not on firsthand experience. How the students perceive it is how it is presented, nothing more.”

Kathleen enjoyed this chance to expose her students to the cultures and experiences of her SOP friends. Yet, even while she was teaching, Kathleen’s passion was vested in community work, so she volunteered for a large humanitarian organization* in her free time.

“I was introduced to [this organization] when there was a strong typhoon in the Philippines. The area that was struck by this typhoon was near my hometown. I felt I needed to help. I didn’t want to just deliver relief goods, I wanted to do something bigger. So I applied for a post.”

After three months in a health unit she began a position distributing relief goods and livelihood interventions for the fishermen and farmers.

“This is where I really applied what I learned in SOP, especially community organizing. I went to the people and asked, ‘What are your needs? What are the things you would want to be done here in your community that you see would be very useful and would benefit the majority?’ Then they proposed a project and we all worked for it.”

For example, if a community wanted to fix their water system, Kathleen oversaw a project that gave them materials and paid them to do the repair themselves.

“There was one time I read my notes again from SOP and I said, ‘This is the application of what I learned in India.’ I was really on the ground.”

“Going to this kind of meeting and relating to friends gives me contact with what is happening to the other contexts,” she said. “Rather than just being confined to what’s happening in my own country, I see what is also happening to other countries.”

Her continued relationship with SOP friends challenges Kathleen to make the experiences of other people in other contexts useful in her home and encourages her to critically analyze the structures of power in her context.

Although Kathleen is finding work she is passionate about, she struggles working within a big organization when the system’s standards do not match her own principles.

“They want you to finish this by the end of a period, but you know the community needs more time. But because the system tells you to complete the project quickly, you have to compromise.

“They will give you the criteria, how to do the project, but it does not apply to the real context. And the people that need to be served are not served because of the limitations. This frustrates me because this is not what I learned, not what I want to do.

“We always learn to side with the vulnerable, the oppressed. But in this organization I have to be neutral. Even if I felt that someone is abused by these policies, I cannot take sides.”

Despite the challenges she faces, throughout her different jobs—nursing, delivering relief, teaching, and community organizing— Kathleen’s motivation has been simple.

“I wake up in the morning and pray, ‘Use me for whatever you want to do this day whether it will please me or not.’ The important thing is that I am able to be an instrument to make a difference in other people’s lives.”

*Kathleen asked to omit the name of the organization she works for as criticism of any power structure in her place can be risky.