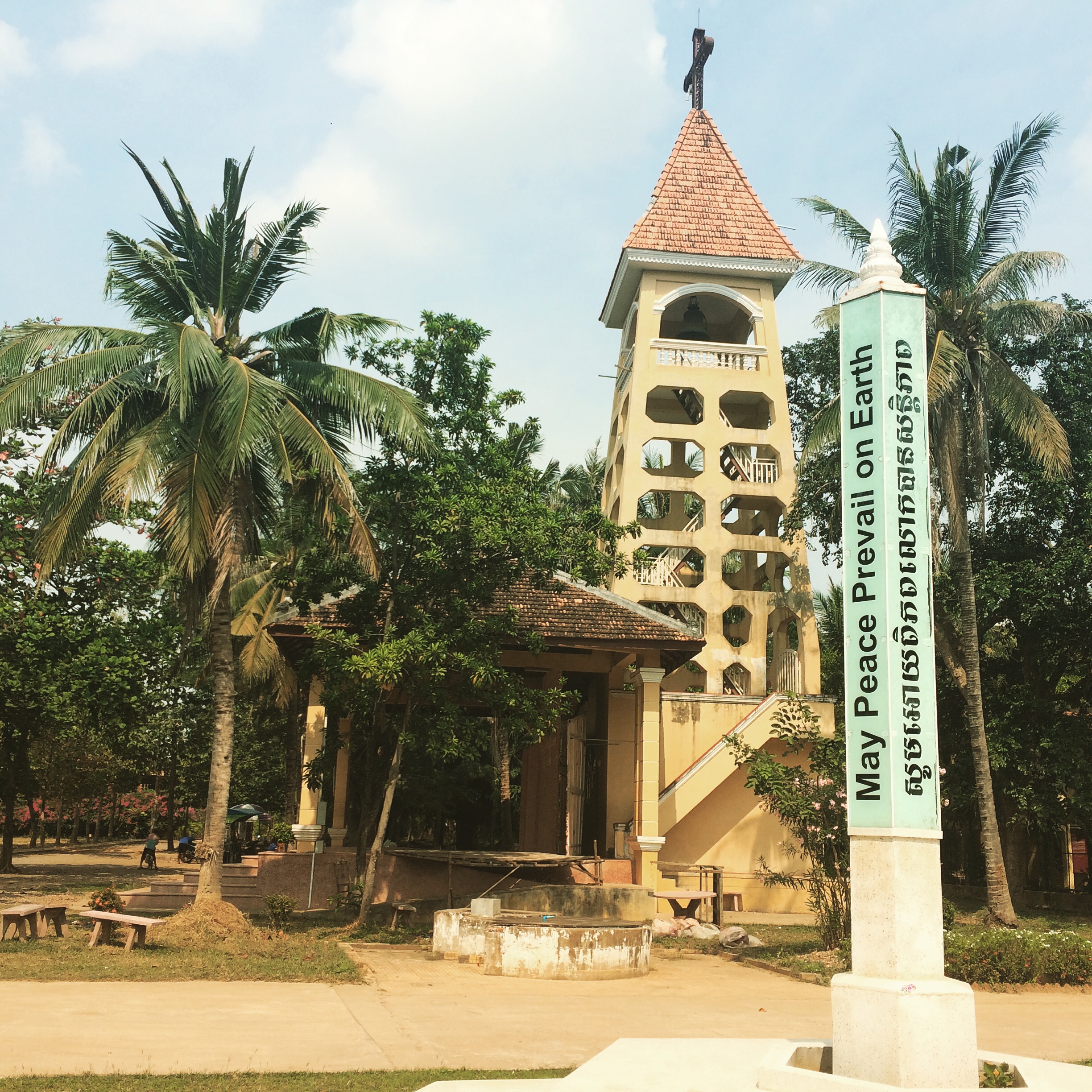 SOP 2015 students left the classroom this weekend and learned in the field.

The group travelled to Battambang province in Cambodia to learn from religious groups and non-governmental organizations in the region.

On Friday the students broke up into two groups. One visited the NGO Buddhism for Education of Cambodia (BEC). A group of monks who work there visit local schools and the Battambang prison to teach people the teachings of the Dhamma. The group also helps poor children get to school and buy school supplies.

The executive director of BEC, the venerable Rahula (Hak Sienghai) says the prison education work at the local Battambang prison is very important because so few people pay any attention to the nearly 2000 inmates. He says it’s important to teach these men the teachings of Dhamma so they can be content in prison and productive members of society when they leave.

The second group visited the Battambang Catholic Church. The students learned about how the Cambodian Catholic Church is still rebuilding after the Khmer Rouge. Even though it lost many local church leaders during that time, the church works hard to support marginalized folks, including victims of landmines and those who don’t have access to health care in rural communities. These projects are often in conjuction with the Muslim and Buddhist communities in the region.

After lunch the students visited Phare Ponleu Selpak school, which offers arts education, school support, and social services to local Cambodian children and youth. After school, students can take classes in visual art, graphic design, acting, circus arts, traditional Khmer and modern dance, and music. The school was established shortly after the Khmer Rouge regime toppled. It was created as a way to foster talents the Khmer Rouge tried to stamp out. The organization believes in the power of music and art therapy to change lives.

Circus graduates of the school go on to perform in the acclaimed circus shows in Battambang and Siem Reap. SOP students saw a performance during the last module and were very impressed!

At the end of the day, we visited with Bob Matt. Prior to living in Cambodia, he worked as a medical doctor and then became a Jesuit monk in the United States. In the early 90s he moved to the Thai-Cambodia border to practice medicine in refugee camps. Now Bob lives in Wat Kandal in Battambang province and maintains an informal exhibit of peace and justice pictures, stickers, and posters.

Bob studies the teachings of the venerable Maha Ghosamanda, a well respected Cambodian monk who was also known as the Buddha of the Battlefield, as well as the teachings of Sufism. He believes there is a lot to learn from each religion. Ever since the displaced Cambodians were repatriated, Bob has helped lead yearly peace walks.

On Saturday the group visited the local Buddhist university to learn about the monks’ interfaith work. Together with other faith groups, the monks plant trees, promote education, and dialogue together.

After lunch we learned about Hope of Children (HOC). This NGO supports poor farmers working to feed their children to improve the quality of their soil so their crop yield is better. The group visited farms and spoke to the farmers. We helped make compost using charred rice, food waste, and manure and weeded a garden. We heard directly from farmers how much HOC is helping them.

These were long, hot, busy days, but Max Ediger believes it’s important to get out of the classroom and for students to see the lessons they’re learning put into practice.

“In the classroom we, of course, have a lot of examples and ideas and stories, but to get out of the classroom and have a chance to see how many of these ideas are practiced in life in real situations help the students move it from their head to their heart,” Max explains.

“Once it’s in their heart, there’s a much greater chance it will become part of their personal transformation and vision for the future.”

Students say these field trips are helpful in building on the ideas they are forming at SOP.