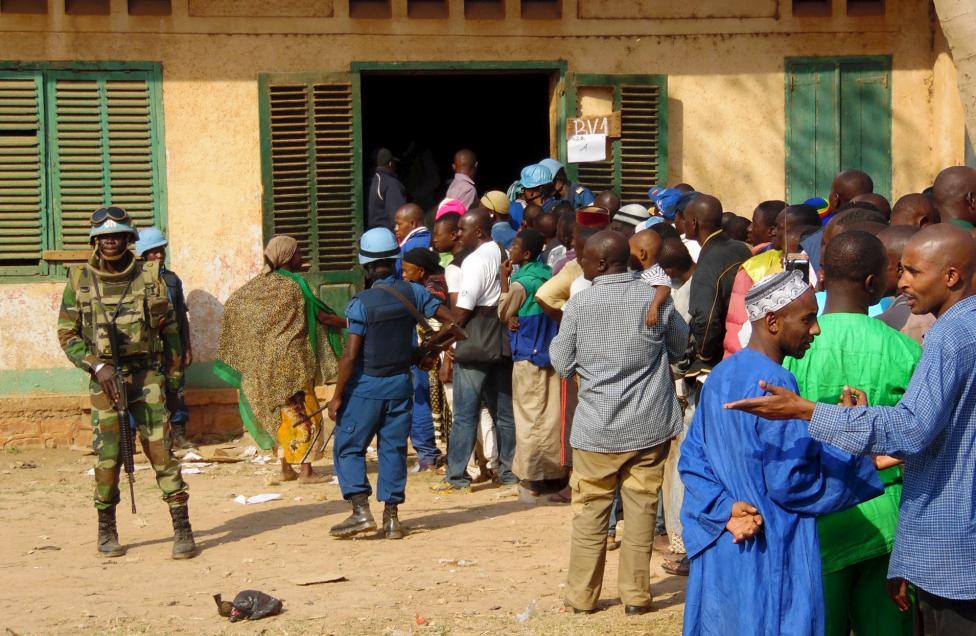 In a recent blog post, I shared about Pope Francis’ visit to the Central African Republic (CAR) where violence between Muslims and Christians has seen many communities destroyed and people killed. The Pope’s visit was meant to begin a process of rebuilding trust an harmony between the conflicting groups.

Just a few days ago, as 2015 came to an end, the people of CAR went to the polls to elect a new government – one they hope will usher in a new era of peace and security for the country.

“I’ve been dreaming of this election for two years since the day armed men killed my father and my brother in Bangui. I voted for peace,” said Ahmat Abouna, who fled to the Cameroon border town of Garoua-Boulai and voted along with thousands of other refugees, Reuters news agency reports in this BBC article.

Later in the same article, businessman Gradias Vara said: “We came to vote because we want to be free to get back to our professions. We want to put an end to the conflict.”

UN peacekeepers, who kept watch over the election process, reported that there was a massive turnout of voters who are tired of living in fear and insecurity. Of the leading candidates for the presidency, two are Christian and one is Muslim. The voting took place with very little violence reported.

It is fitting here to repeat the word of Pope Francis during his visit to CAR. When we begin to see each other as sister and brother, we can end violence and bloodshed and build new communities of justpeace.

“Together, we must say no to hatred, to revenge and to violence, particularly that violence which is perpetrated in the name of a religion or of God himself.”

We at ICF hope the election of a new leader will, indeed, be a vote for peace.

Photo caption: U.N. peacekeepers stand guard as the electorate queue to cast their ballots at a polling centre during the presidential election in the mainly Muslim PK-5 neighborhood in Bangui, the capital of Central African Republic, December 30, 2015. REUTERS/Media Coulibaly