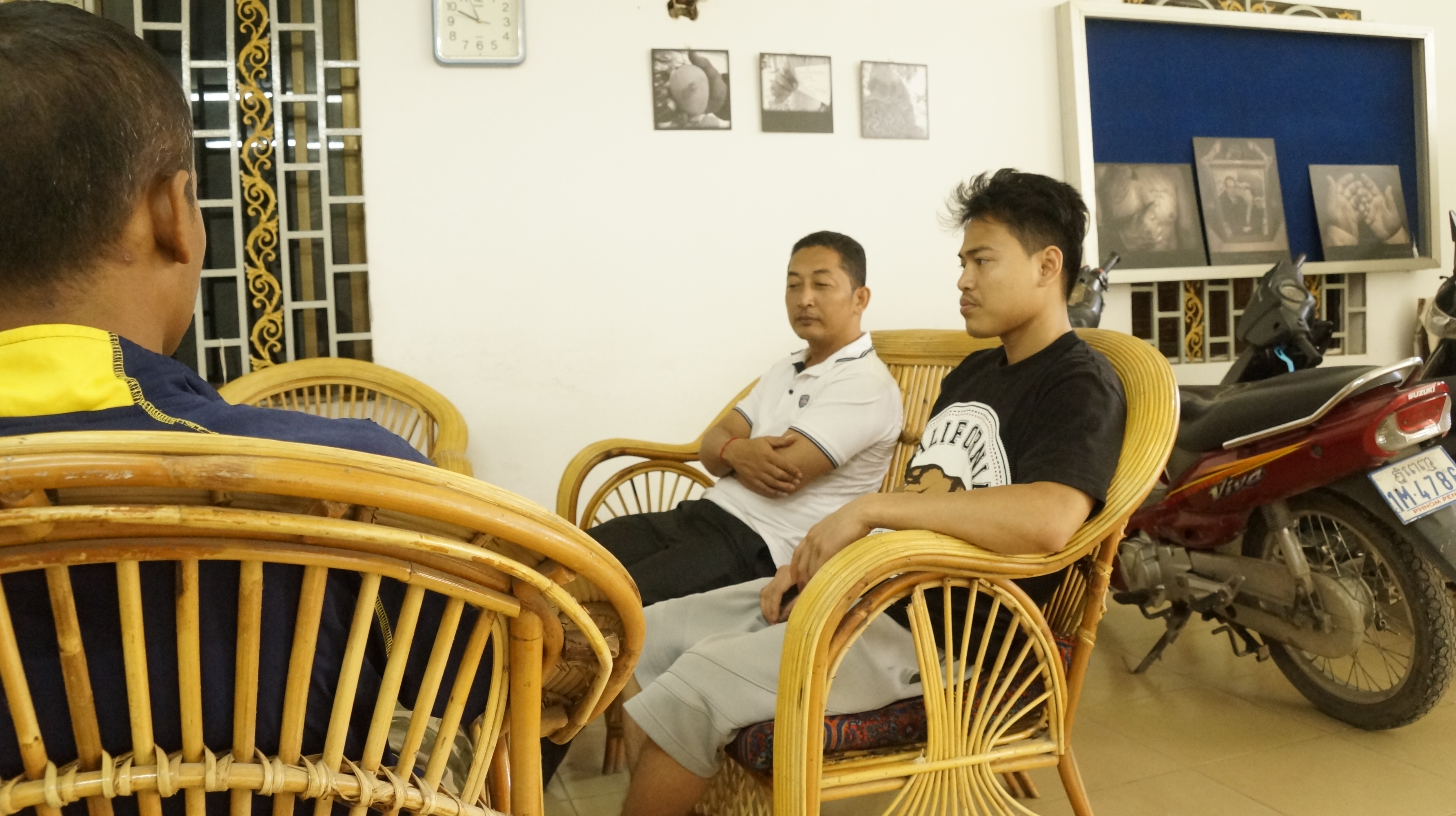 Story and Photo by Rachel Bergen

* Recently the area representatives of MCC South Asia announced RISC would receive funding for the next fiscal year equal to the amount it received from MCC head office. *

A few weeks ago I met Chhaiya Chhamm.

The 26-year-old is a Cambodian-American, but lived his whole life in Denver, Colorado. He was recently deported to Phnom Penh following a prison term in the United States. According to American law, he was considered a “deportable alien” because he didn’t have full citizenship when he committed his crime.

Now Chhaiya is forced to live in a country he’s never even visited before, where he knows no one. He doesn’t understand the culture or the language and feels very alone.

Luckily Chhaiya has help from an organization called Returnee Integration Support Centre (RISC), which has been supported by Mennonite Central Committee (MCC) since 2002.

RISC found out last week MCC will no longer be able to continue funding the organization — the only one of its kind in Cambodia which supports nearly 500 so-called “returnees”.

The organization provides temporary housing, a food stipend, help filling out documentation, educational opportunities, and support to new returnees. It also keeps contact and provides ongoing support for older returnees who are incarcerated, in drug rehabilitation programs, and have mental health problems. Without this funding, director Villa Kem worries it will lose the ability to support the many vulnerable Cambodian-Americans in the country.

According to Derek Hostetler, the MCC Cambodia Country Representative, finding out MCC wouldn’t be able to fund one of the most important programs in the country, was a blow.

“Whenever we talk about our partner organizations, people are always impacted by RISC’s story. It makes such a difference for the returnees.” – Derek Hostetler, MCC Cambodia Country Representative

“Whenever we talk about our partner organizations, people are always impacted by RISC’s story. It makes such a difference for the returnees,” he says.

MCC’s funding for the 2015 fiscal year will continue until the end of March, but come April RISC will lose all of its funding from MCC — which is 40 per cent of its overall financing.

“Without (MCC’s money) we have to cut a lot of our budget. There will be less support within the services we provide. It will be a lot less.” – Villa Kem, Co-Director of RISC

“We were shocked and a little disappointed,” says Kem.“Without that we have to cut a lot of our budget. There will be less support within the services we provide. It will be a lot less.”

The organization works with hundreds of returnees, and the number grows daily. In the last three months 30 new returnees arrived in Phnom Penh. They expect even more next month.

“It’s very important because the people we’re working with, they need the support from the MCC program.”

RISC receives support through MCC’s Peace program, one of a number of programs donors can choose to support. The peace program is underfunded compared to other categories, according to Hostetler, because many people choose to donate to Food Security and Education programs. MCC’s money is also stretched thin because the crisis in the Middle East requires so many resources.

MCC’s response to the Syrian conflict, which is still ongoing after more than five years, has surpassed its response to the 2004 tsunami in the Indian Ocean. It is MCC’s greatest relief effort to date.

As a result, MCC had to make difficult decisions recently and had to discontinue funding deserving organizations like RISC.

If you’re like me and want to make a difference, here are some ideas of what you can do:

Educate Yourself and Others about Deportation

According to U.S. law, a person who doesn’t hold U.S. citizenship can be deported if they commit a felony, three misdemeanors, or any crime for which the sentence is more than one year in prison. The U.S. Immigrations and Customs Enforcement has deported thousands of immigrants over the years — many of whom were not incarcerated for violent crimes.

Many of the Cambodian-Americans who are expelled from the U.S. arrived there as refugees. A high percentage left Cambodia after the reign of the Khmer Rouge. Some experienced incredible trauma and lived in refugee camps before moving to the United States. When they got there, many lived in poverty, never got full citizenship, and weren’t educated about their rights or restrictions.

Those who get in trouble with the law are first sentenced to prison terms and then deported — punishment some call double jeopardy. Sometimes these people wait up to ten years before they’re deported. Following prison many try to begin a new life — they get jobs, start families, and without notice are ripped from that new life. For more stories about returnees, visit RISC’s website.

In this dark period in history, working for peace and justice is of the utmost importance. Please consider donating to MCC’s peace program. If you feel torn between MCC’s programs, consider splitting your donation between two or three. In this way you can support programs close to your heart, but also those that equip people to resolve conflicts in their communities and address injustices that can lead to violence.

If you feel compelled to give directly to RISC to help the many vulnerable returnees, click here.

This story was originally published on MCC Cambodia’s website. Interfaith Cooperation Forum is a partner of Mennonite Central Committee.