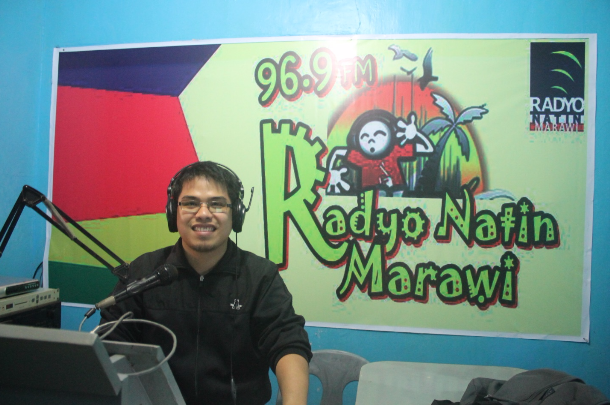 One of the fears, if the proposed BBL is not approved within this year and within the administration of President Noynoy Aquino (which will end in May 2016), is the generation of tense emotions and frustrations among the people in Muslim dominated areas in Southern Philippines that may result to violence, revival of armed conflict, and a rise of more violent rebel groups.

Given this possible scenario and in order to possibly avoid it, the OPAPP decided to start the radio program. Topics and issues related to peace are discussed, including Islam and peace, Moro culture and peace, peace education, etc. Guests appear on the show such as peace advocates, religious leaders, youth, students, and academics.

This is quite a challenging project for my part. I am not used to broadcasting for one, and also because we are now in a crucial stage since the passage of BBL is delayed and its passage is uncertain. However, I was able to design the curriculum, decide on the topics we address, and find guests to invite on the show. There is no dictation from the OPAPP or government. With this, I can integrate our perspectives from ICF and the knowledge that I got from School of Peace in 2010.

Hopefully in the future I can invite some of the SOP Philippine alumni as my guests on the show.