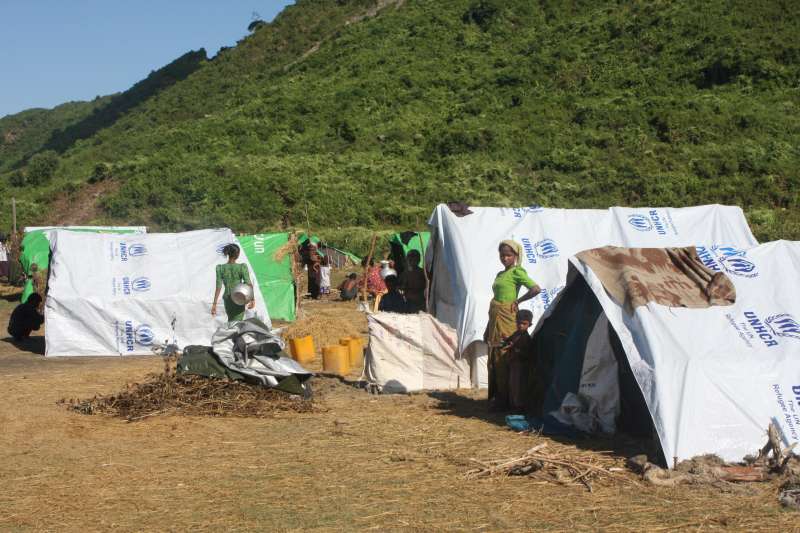 That is such a simple question, and yet books have been written to try to provide a detailed and inclusive answer. For people living in conflict situations, however, the answer may be quite simple yet profound.

A good friend of mine lives and works in the Karen state of Burma which has been involved in a desperate struggle for autonomy against the Burmese military since 1948.  Many villages have been destroyed by the military and hundreds of thousands of villagers either live in refugee camps inside Thailand or are hiding in the jungles of the state as Internally Displaced Persons (IDP).  Despite the recent elections which brought a resounding victory for the country’s opposition National League for Democracy against harsh military rule, these refugees and IDPs still feel a sense of fear and marginalization.

It was to these people my friend posed the question about the meaning of peace. He shared with me that one elderly woman simply said, “Peace is when I can go to bed at night without fear and wake up in the morning without any worry for the day.” This has little to do with elections and constitutions. It is all about being recognized as an equal human being with all others and granted the rights and protections that provide a true feeling of security. Until people can experience this, they do not feel there is peace even though the guns may be silent and people in the urban areas are rejoicing over the results of the recent election.

As Burma moves into a new political era under the guidance of the National League for Democracy, a critical issue needs to be addressed quickly so refugees and IDPs can feel that peace has definitely arrived.  During the years of conflict these people have suffered untold atrocities.  All have lost their homes and many of their family members.  Normal life has been stolen from them.  Will there finally be a process similar to Canada and South Africa’s Truth and Reconciliation Commission that brought perpetrators together with victims so the stories could be told and healing processes started? Or will the victims of this conflict be told to simply forgive and forget so the country can move forward?  Refugees and IDPs are waiting for this process so that they “can go to bed at night without fear and wake up in the morning without any worry for the day.”