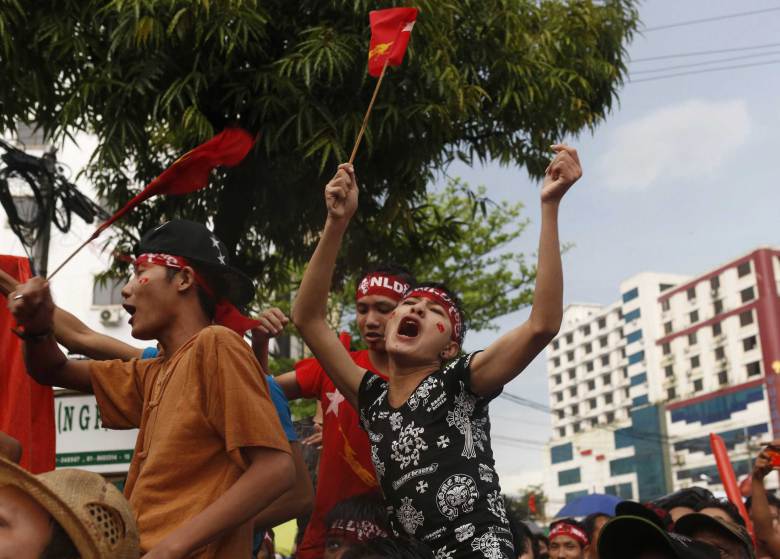 The streets of Burma’s towns and cities are filled with the sounds of celebration. An election, the most democratic in the past 25 years, ended with the opposition National League for Democracy Party (NLD) experiencing a landslide victory. Votes are still being counted, but the military, which dominated Burmese politics for decades, agreed that the NLD will be a strong winner and they have pledged to turn power over on schedule.

Aung San Suu Kyi, who leads the NLD, will not be allowed to take the seat of the president due to a law in the constitution which states that no one married to a person who carries a foreign passport can be president. The law also applies to children, and Suu Kyi has two sons who are British citizens.

However, her party will have sufficient power to begin the long and difficult process of bringing peace to the country which has suffered from a civil war since 1948. Fighting between the Burmese military and some of the armed ethnic groups is still going on and many of the ethnic groups do not trust the military. They are not convinced the NLD will be able to bring the military under control. This will be one of the crucial struggles the NLD will have to contend with as they take control.

The people of Burma have endured a long and difficult struggle in order to reach this day of celebration, but the road ahead may be even more difficult. The military’s love for power has been demonstrated constantly during the past years and they may not give up easily. It’s known for their devious ways to maintain control. The NLD won the 1990 elections only to have the military suddenly nullify them and place Suu Kyi under house arrest.

During this important transition period it will be essential that the people remain alert and active, providing Suu Kyi and the NLD with the backing they will need to confront hard-line military autocrats and continue the move toward a true democracy.

Suu Kyi will also need to take appropriate steps to assure the ethnic groups that she recognizes their violations they face and will work with them to find a remedy so they can feel fully accepted into the country.

A more troubling issue for the new government will be the future of the Muslims of the country, especially the Rohingya population. A strong anti-Muslim movement let by the Buddhist monk Ashin Wirathu has resulted in the destruction of Muslim communities and the death of a large number of Muslim people. As a predominantly Buddhist country, the Buddhist clergy have significant influence. During the campaigns leading up to the election, no candidates, including Suu Kyi, raised the issue of abuses against the Rohingya fearing such statements might damage their votes. However, now the NLD will need to find effective ways of guaranteeing the Rohingya and other Muslim groups in the country their basic human rights so they can not only live in security, but also participate in the politics and economics of Burma. If they cannot do this, they will surely face serious international pressure.

The celebrations in the streets of the towns and cities are well-earned and the world should be rejoicing with them. Dictators do eventually fall and this is a positive sign for all those countries still living under military control. However, the hard work of building a true democracy has now just begun and all of us need to continue observing the progress and offering criticism which needed, but more importantly offering encouragement as the difficult changes slowly take shape.