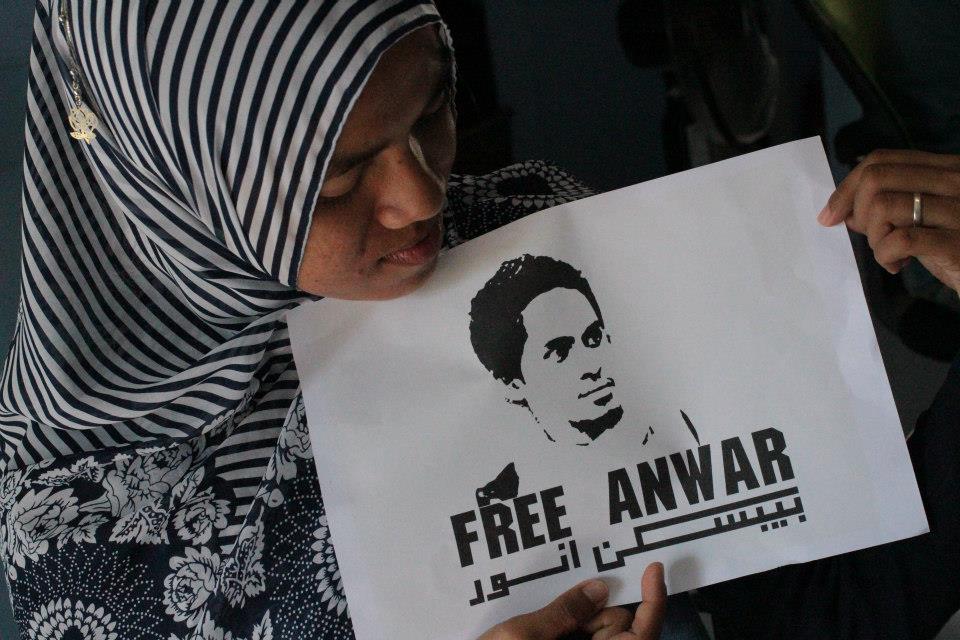 In 1902 the the Kingdom of Siam, known today as the Kingdom of Thailand, annexed the Kingdom of Pattani. Pattani was, at that time, a semi-autonomous region of Malaysia.  From that time to the present there have been conflicts based on political and cultural alienation. Patanni, which today is composed of the provinces of Yala, Pattani and Narathiwat, has approximately a population of 1.7 million, of which 80% are Muslim and Malay-speaking.  A great many of these Muslims feel that their culture and history are not respect by the largely Buddhist government and are calling for more autonomy.  A few groups have also been demanding a separate country and have gone into armed struggle to gain their independence.

While the majority of the people may not be insisting on an independent country, most Muslims feel the pain of exclusion and estrangement. Thus the conflicts in this area are not religious in nature, but rather political.

As tensions rise and fall, many people suffer. Young Muslim men, who are active in advocating for human rights, may become targets of the government’s military that control the area.  Some are killed and others imprisoned.  In this kind of setting, women take on the role of activists and work to document human rights abuses.

Romlah Narathiwat is one of these women.

Before attending School of Peace, Romlah worked as a community organizer with a non-governmental group in Pattani, Thailand. She visited communities in surrounding villages which have seen many husbands, sons, and brothers sent to prison. Many men were arrested by Thai soldiers on suspicion of anti-state activity. The government of Thailand has declared states of emergency and increased military presence in these provinces in which people from Malayu descent reside.

Romlah’s neighbor, Anwar Hajiteh, was also working for justpeace before attending School of Peace. He was studying journalism and advocating for the inclusion of Malayu history in public education; however, hisactivism did not sit well with the Thai military. In 2005, suspecting him of “anti-state activity,” they added his name to the military blacklist.

“Because he is Muslim, he is a man, and he studied in an Islamic school, they put him on the list,” Romlah explains, “But he did not do anything.”

In the same year, Anwar’s case went before Thai courts and he had fought to get off the list. The first court gave him a 12-year prison sentence of which he served one year before bailing out to finish his studies in journalism. In 2007 a second court judged him innocent. Thinking he was free, Anwar continued his work as journalist and joined SOP in 2010, the same year as Romlah.

In Bangalore, India at the School of Peace, Anwar and Romlah’s admiration of each other grew.

Romlah noticed how Anwar thought carefully before speaking, how each word he said expressed his thoughts and feelings clearly.

“He was always a leader,” she says.

School of Peace 2010 alumni, including Romlah (centre) and Anwar (front).She was drawn to him and he to her.  They spent most evenings and free time together talking.

But Anwar worried that if one day he would propose to her, Romlah’s family would not accept him because he was still on the blacklist.

When the couple returned home from SOP, Anwar continued his work as an activist and journalist, and trained youth in journalistic activism. Romlah continued her work in community organization.

Only a year after their marriage, however; the Thai Supreme Court found Anwar guilty of joining the revolution. On May 1, 2013 the court reinstated the previous 12-year prison sentence. Because this highest court ruled him guilty, leaving on bail is not an option.

Resolved to fight for her husband’s rights, Romlah stepped into action.

“The court just said Anwar did the wrong thing, but they did not have evidence,” she said.

“I will keep fighting to free Anwar. If I am successful in bringing him home, other cases will have hope too.” – Romlah Narathiwat

Romlah wrote to the United Nations, who condemned the imprisonment. She sent the U.N. statement with a letter to the Thai Prime Minister, and to senior leaders in the Thai military. Two years later, she has yet to hear back from them.

“I will keep fighting to free Anwar. If I am successful in bringing him home, other cases will have hope too,” Romlah says.

In Thailand for an ICF Tools for Transformation workshop in 2014, I and several SOP 2010 alumni accompanied Romlah on a visit to Anwar’s prison.

When we arrived at the prison we entered the dusty parking lot under a rusty sign that hung on the gate. We crossed the empty lot to the entrance; administrators peered down at us from high office windows, as we waited near the steel double doors.

A man in a green uniform, colorful buttons of prestige on his breast, ducked through one door. He smiled and said, “No name on the list, no entry.”

Romlah smiled back at him and went in to negotiate.

Eventually we entered, stowed our passports, phones, cameras, and jackets in small square lockers, and stood like starfish as the guards patted us down.

We passed through a courtyard lined with pink flowering bushes, overlooking a large recreation area surrounded by small shops. A guard guided us to a pavilion and pulled out enough blue plastic chairs for all of us.

Anwar stood. Romlah went to him. They hugged on both sides—cheek to cheek. She pet the side of his head, patted his dark hair, tweaked his nose, and fanned him with a paper as we all pulled chairs to sit in a semi-circle around him.

When we visited, he had been in prison for one year and 9 months.* I asked, “How do you feel living in prison?”

He gestured with the hand Romlah was holding. She would not let go. Their hands clasped together rose and swung accenting his slow words.

Determination in his eyes, Anwar said that although he was not prepared to go to jail this time, because he was here before it was not a big deal to adjust. But, this second time in prison he feels sad like the first time.

“The first time in prison I felt very sad at the beginning because I knew the court process is unjust and I knew I would have to come back.”

One room houses 33 people at this prison. He said they only get two meals a day: breakfast at nine and lunch at two in the afternoon.

But nothing is as challenging as knowing there are 70 inmates with the same type of case as him — arrested and jailed for being suspected of anti-state activity, he said.

Anwar continues to be an active leader in prison. He initiated Islam classes and teaches four times a day in the Malayu language. He also writes analyses about the Southern Thailand situation, politics, and injustice. He sends these writings to Romlah.

He has this dream for the day when he is released from prison:

“I want to have my own publishing house, to publish my own work,” he said. After he is released he hopes to continue toward this dream.

“Even though I have to stay here, I believe there is a reason. Something will come of it. God will prepare a way.” – Anwar Hajiteh

In the meantime, his belief in God keeps him motivated.

“Even though I have to stay here, I believe there is a reason. Something will come of it. God will prepare a way.”

Before long the guard overseeing us stood. Our hour was up. Quickly Romlah suggested we sing for Anwar. Everyone joined hands and sang their favorite SOP song, “Pray for the Peace of Humanity.” No one made it through to the last verse without tears springing to their eyes.

As we walked away Romlah hugged Anwar. He kissed both of her cheeks and her forehead. They hugged. He walked with us past the pink flower bushes. They hugge again and Romlah looked over her shoulder toward him until we were past the gates and he was out of sight.

*Anwar has now been in prison for three years.